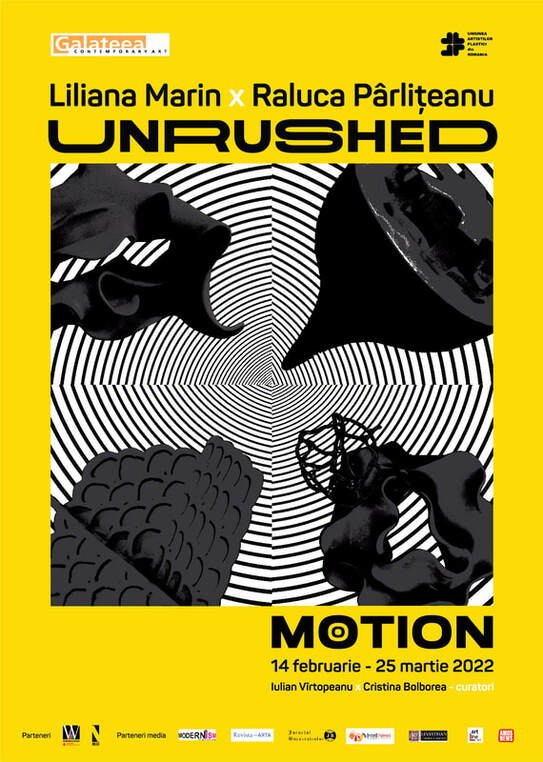 The art of ceramics deals with the production of stones with various values ​​from utilitarian to intellectual and spiritual. There is a movement of the raw material from which the pottery was and is made, and this movement can be defined as slow because there are time intervals in which the created objects need a period of drying, and then a period of firing.

Unrushed motion or, more in Romanian, "Living organisms" at rest

Liliana Marin (b. 1981) and Raluca Pârlițeanu (b. 1999), from Ploiești through adoption (Liliana) and birth (Raluca), both graduates of the University of Art and Design in Cluj, exhibit at the Galateea Gallery between February 14 and March 25 2022.

Gathered under the flamboyant title of Unrushed Motion, the ceramics of the two exhibitors "focus on capturing movement, on the dynamism of form, and is nothing more than observations about oneself and the world, expressed with the help of organic forms, geometrized and abstracted." Movement, that motion, the artists continue to tell us, “can be translated both by every gesture of undulation, subtle twist that generates transformations on matter, and by turmoil, conflict, all to emphasize the idea of ​​intensity of emotions and personal feelings . ”

But what is the path to becoming a ceramic work? Although the answer is not simple and unambiguous, we can still say that it is the transformation of an entity, of a raw material, earth in our case, into a form. The tranquility of these lands is disturbed every now and then, to our joy, by the movement imprinted by a potter, thus making it, the form, become, as Aristotle showed us more than two thousand years ago, a certain thing whose essence is closely related to the nature of matter.

A big change is this whole movement that makes our objects "living organisms." Here they are in a state of stillness, repose, tranquility, and peace. At rest.

If the earth, this most common and widespread matter in the world, which, precisely because of its banality, discourages many and makes them take, at best, a fleeting glance at it, it makes the potter look for its essence and deep fiber.

Liliana Marin and Raluca Pârlițeanu invite us to read and see the depths of their souls. That is the only way we will get to know them. Like any of us, they perceive things differently, as they give them new meanings shaped by their own norms of values. They see something else in the world, they see in their works the meanings that they themselves place in them.

Look at each object as if your eye were inside it, which could mean it lives inside reality and shares its impulses and movements! – that seems to be the urge of these artists.
​
Viewers will be rewarded for their hard work.
Cristina Bolborea 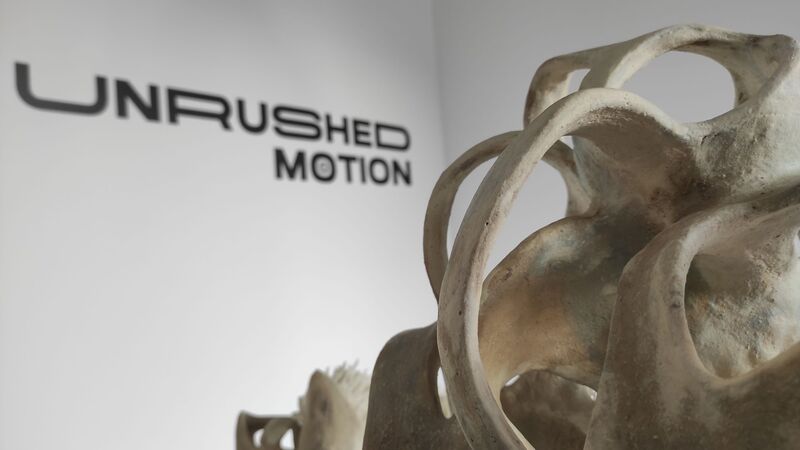 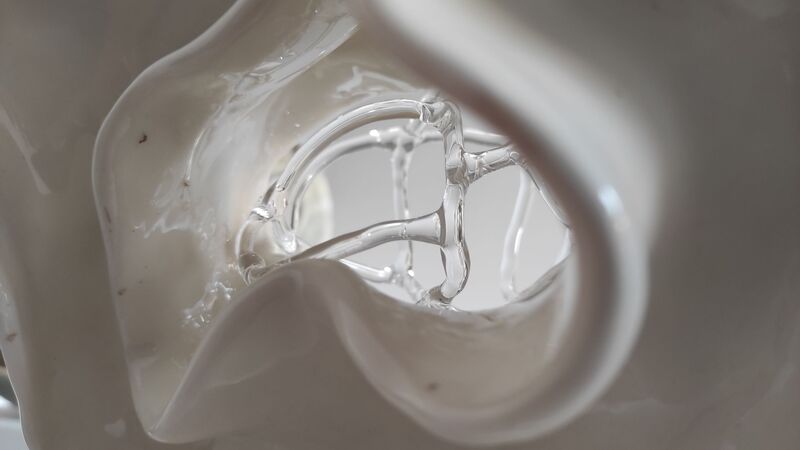 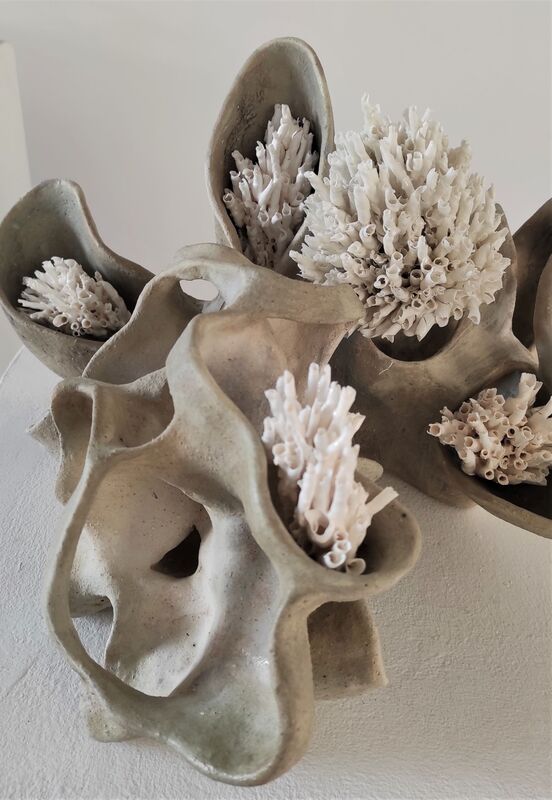 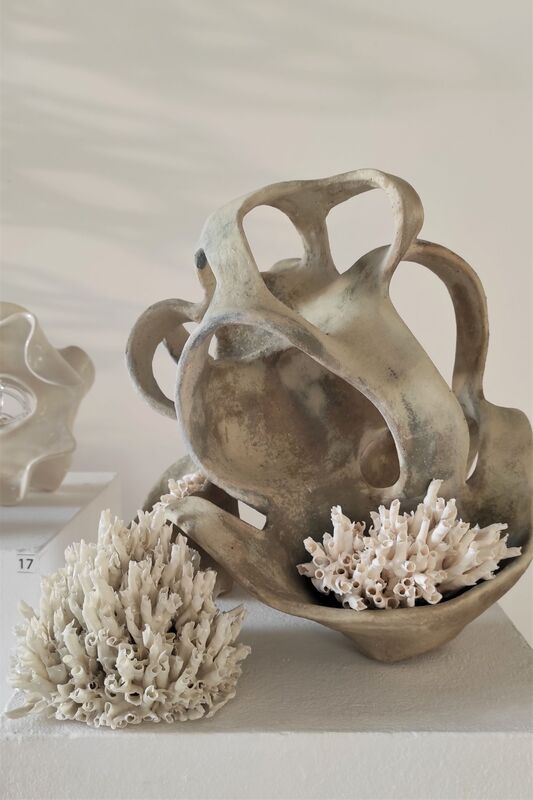 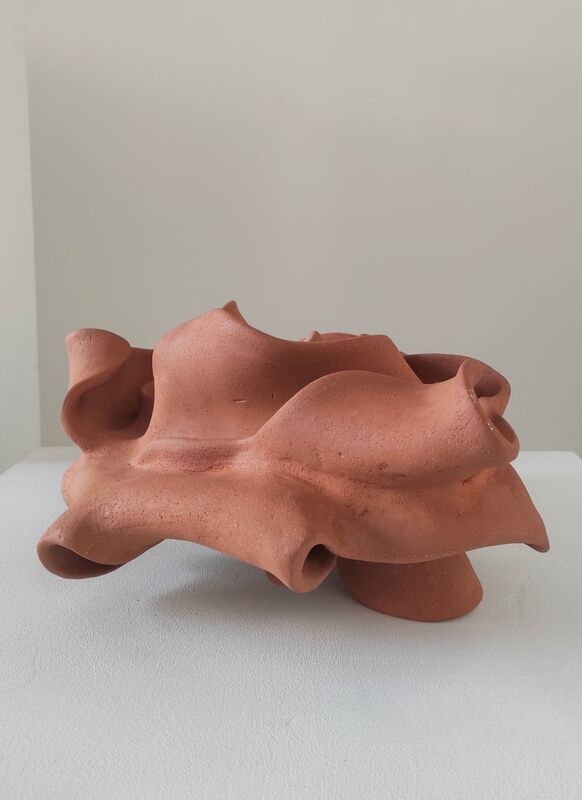 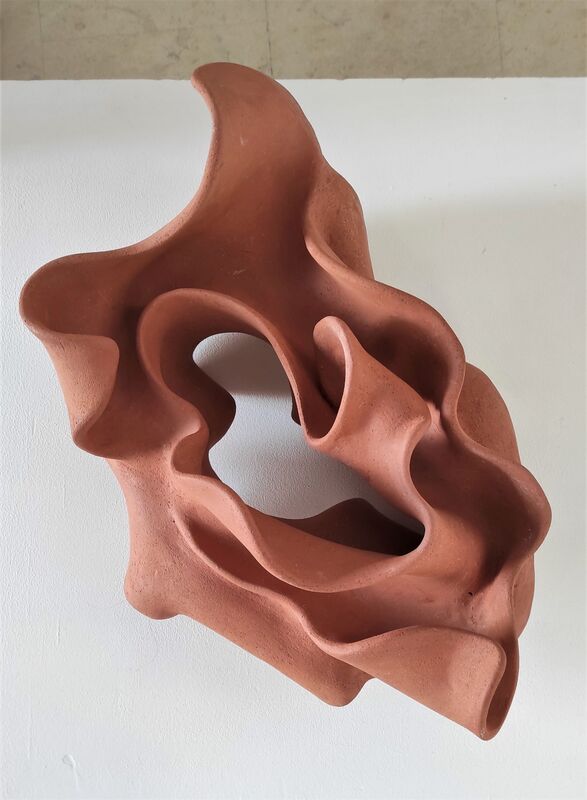 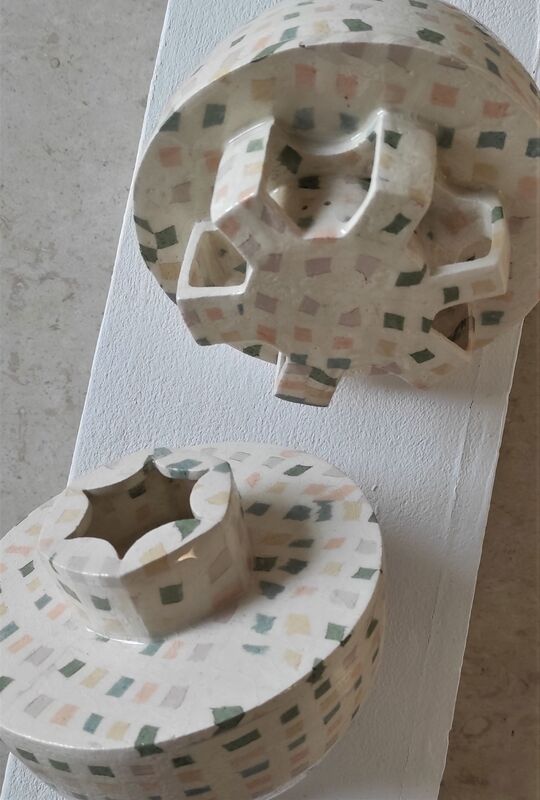 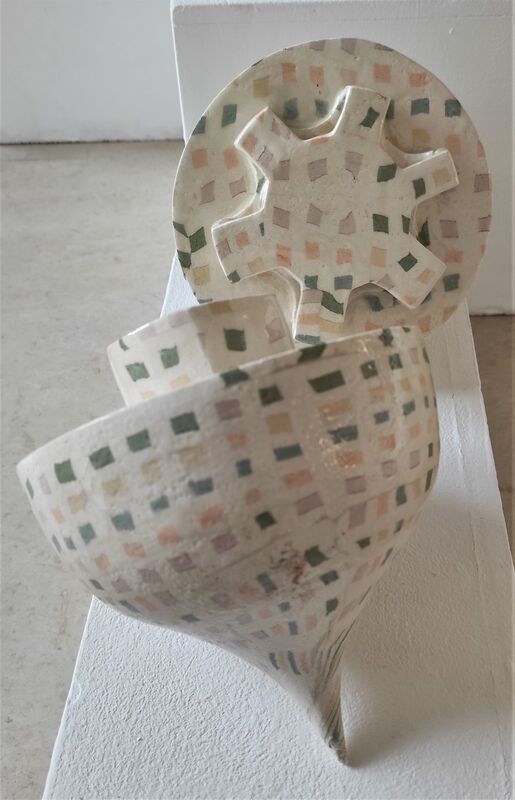 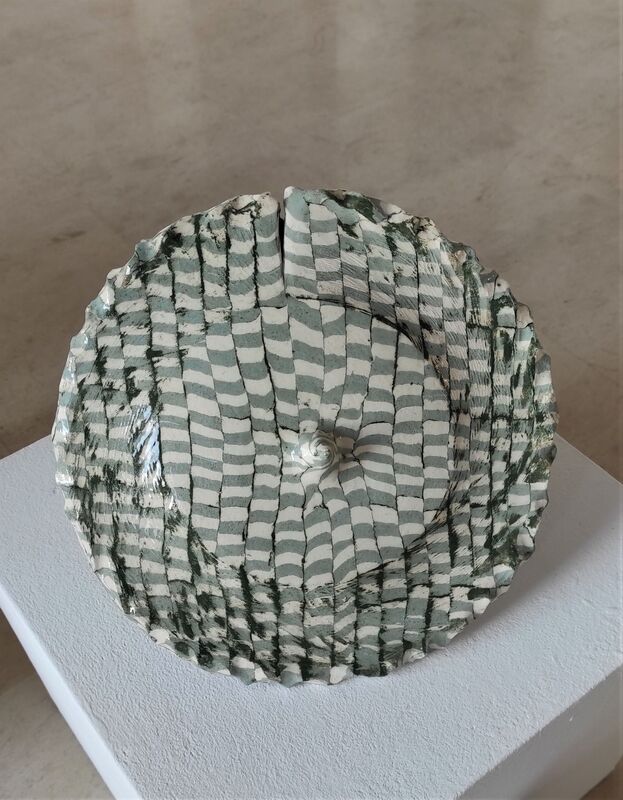 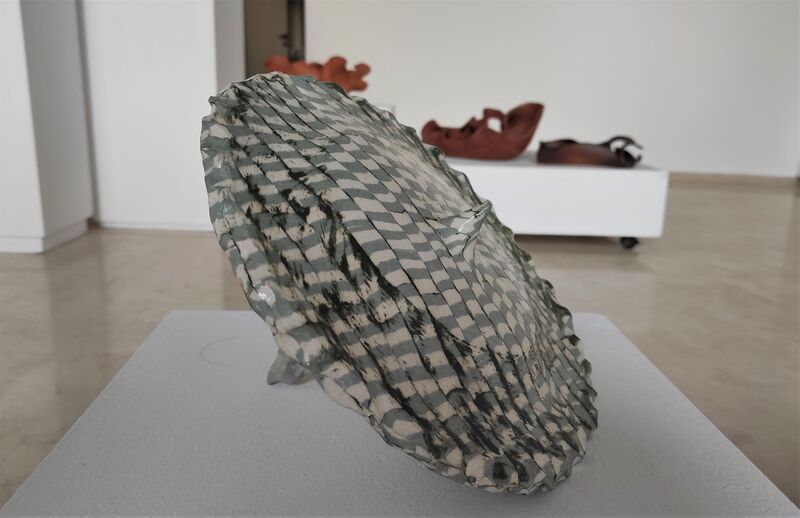 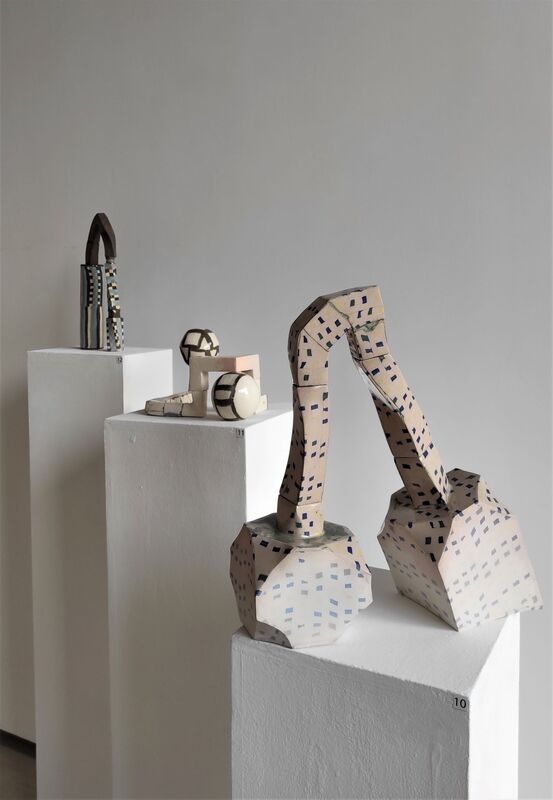 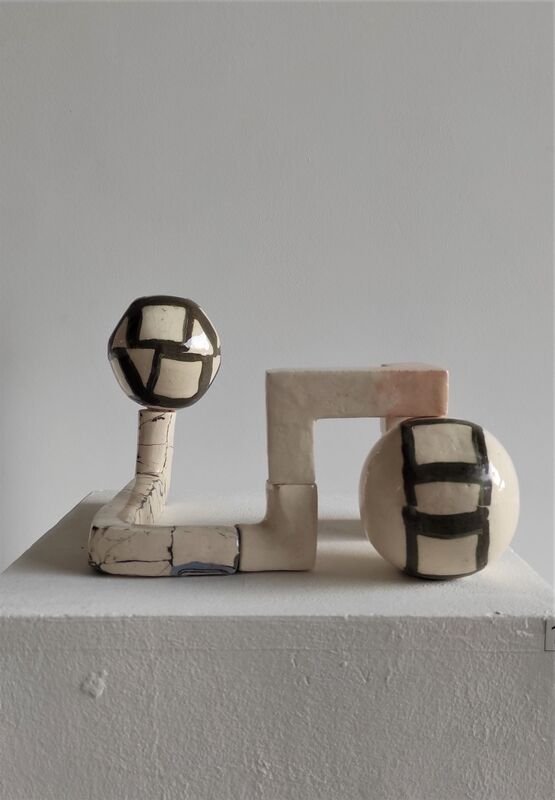 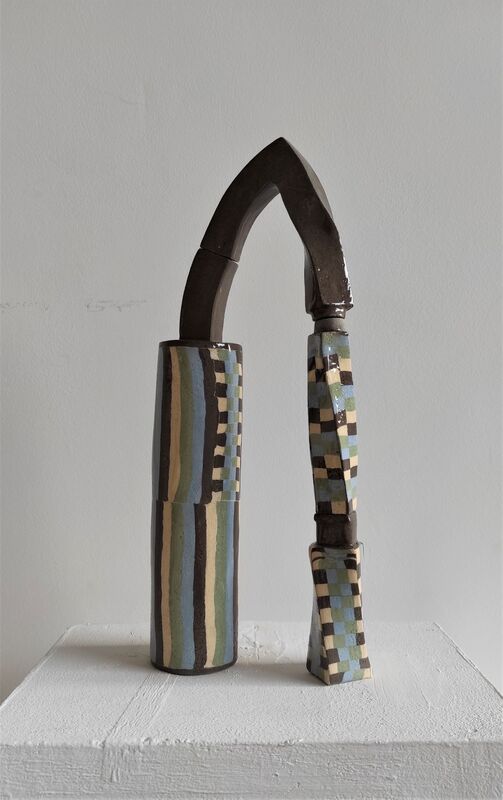 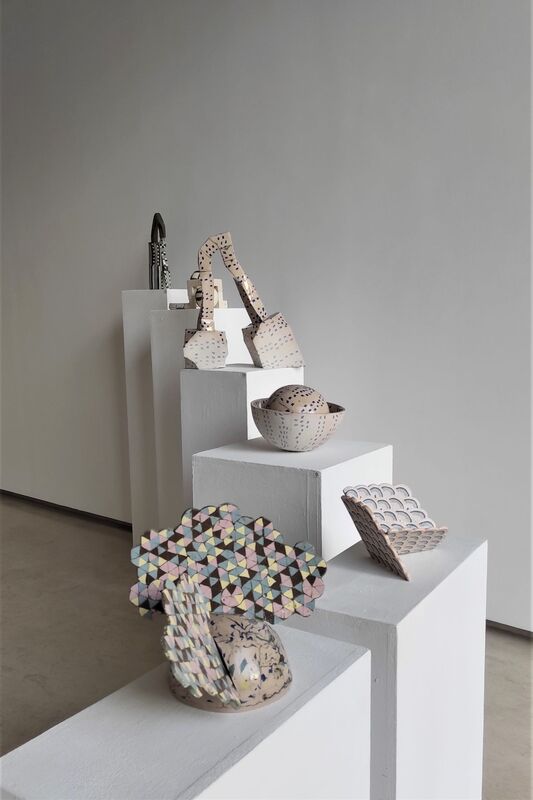 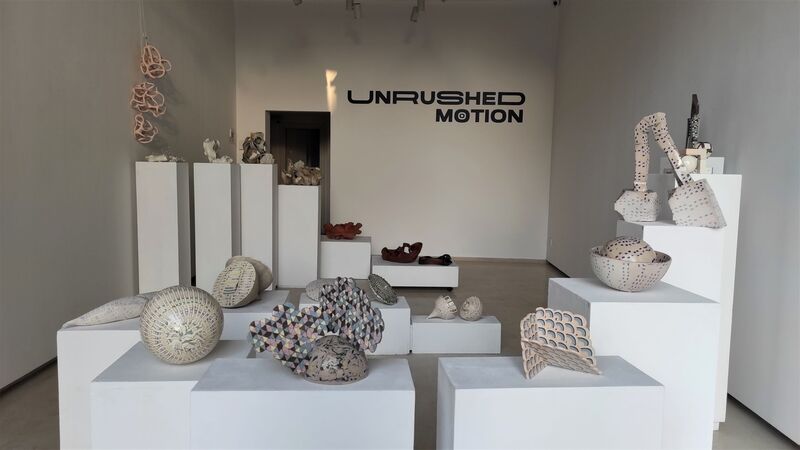 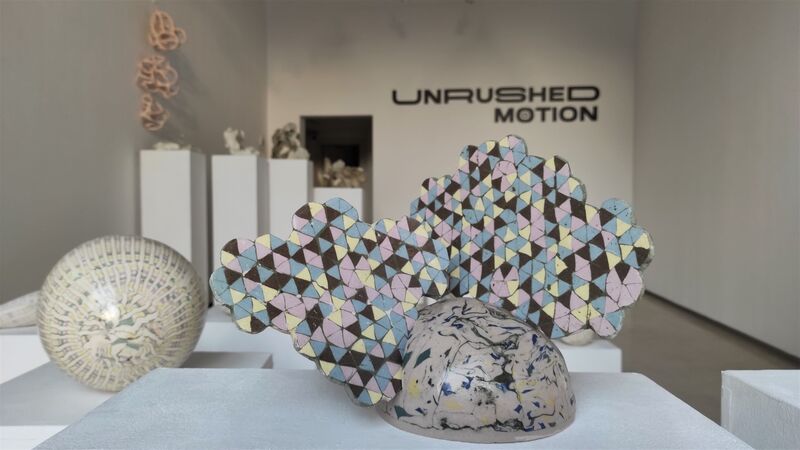 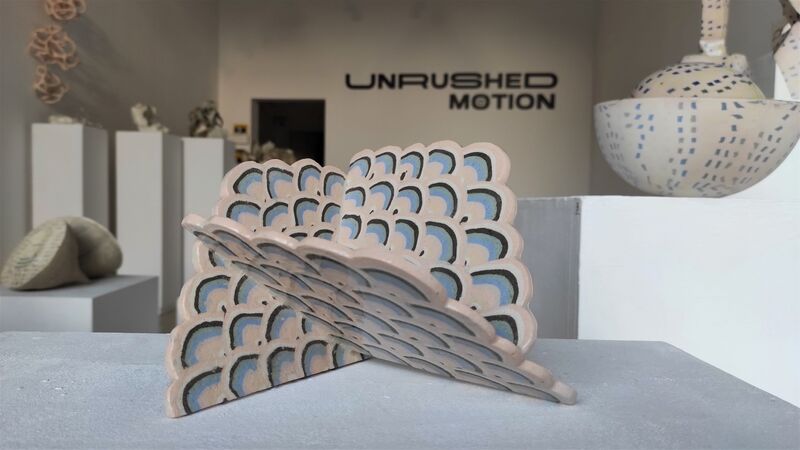