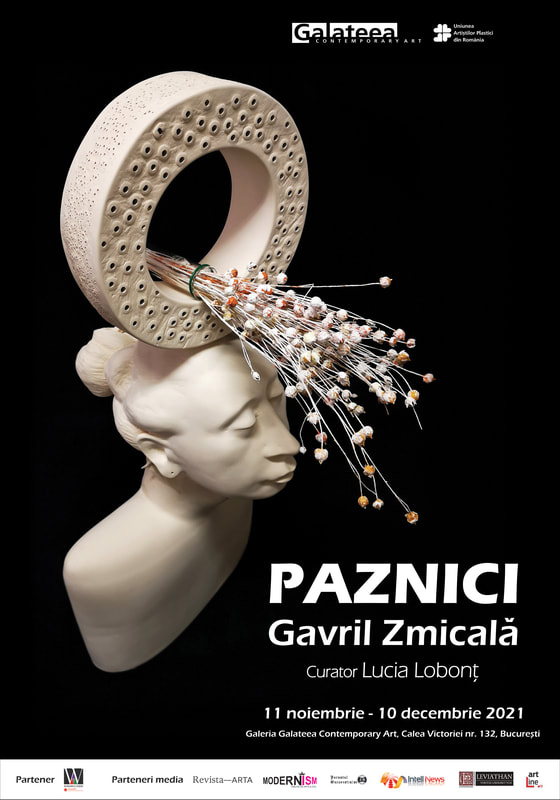 Gavril Zmicală graduated from The Academy of Visual Arts Ioan Andreescu, Cluj, in 1989. Since 2013 he is one of the founders and organizers of the International Ceramics Biennale Cluj, a very respected international event for the ceramic artworld.
​
In his exhibition palmares there are personal exhibitions in Austria, Holland, Germany and Romania. He attended many group events and symposiums in Germany, Japan and Romania.
Nowadays he is teaching Ceramics and he holds the Principal role for the Visual Arts Highschool „Romulus Ladea” from Cluj-Napoca.

​"Guardians Exhibition presents a series of twelve characters that belong to a contemporary story related to the mystery of fear and death. The guardians are symbolic representations which have an extremely important role in guarding the great mystery of the existence, of the life passage and of returning in the stomach of Mother Gaea. Through tearing the fistful of earth from her own body, emotion-enriched and full of the life’s turbulences, human beings are now numbers and figures in the statistics of the Great Garden having the terrified kindred of alterability. "
​" Gavril Zmicală
​​
Curator: Lucia Lobonţ

The great Guardian of Insanity 100x50x28cm

The Guardian of Androgyny 63x30x28cm