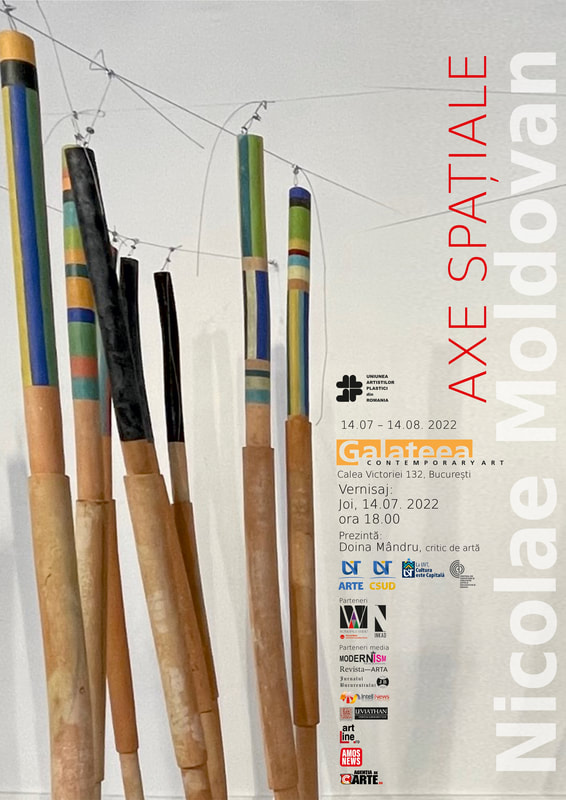 Media partners: Modernism.ro, Revista Arta, Agenția de Carte, Jurnalul Bucureștiului, Intell News, Leviathan, ArtLine, Amos News
Minimal (at Galateea, 2012), Twinned (at Mogoșoaia, in 2014), neutrally expressed Form (again Galateea, 2015), Immaculate (at Senso, in 2016), Essentialized (at Helios Gallery, Timișoara, 2022), finally reduced to the Spacial Axis, the FORM deriving from archaic prototypes remains the defining obsession for the artistic research carried out for over a decade, with applied method, by the ceramic sculptor Nicolae Moldovan. "Simplifying the form to the essence" to "transmit the force of energies, tensions and embedded monumentality" (the artist's testimony) led the ceramist from the minimalist object, bizarre mix between archaic and industrial authoritatively set as a rounded organic mass, towards the axis-column sprouting its three segments, the last colored, in a multiplied body, positioned with the suppleness of the vegetal air of a fabulous cluster of Cyperus papyrus.
The line is a force that takes the movement from the energy of the one who drew it, said a century ago Henry van de Velde pleading for the beauty of rational forms in architecture - the essentialized ones - from which Moldovan also started. The image of the cluster of axes-stems, supple arching in the gallery space, may remind us of the incandescent light trunks in the fauvist forest colored by Mihai Țopescu, or of the graceful Graft made of matte glass by Adriana Popescu, but this is only to clarify that the stakes of the Axes are slightly different. Here, the ceramist brilliantly values the magical shock effect of the sui generis spatiality established through the dialogue of organically articulated forms, multiplied in the sense of nature but stylized with that obvious postmodern distancing that is the ceramist's mark.
Near the Axis-column, vaguely undulating by the secret breath of the ancient Nile, I feel transposed on the verge of mystery, as in the shadow of Egyptian temples with flourishing columns of lotus, shelter and promise for the supreme and eternal purity. It is an exciting and vivid approach to Nature that Moldovan's ceramics intuitively traverses, also through the archetypal - hidden in the deep layers of the unconscious imaginary - from where a new stage, new horizons are announced in his creation. 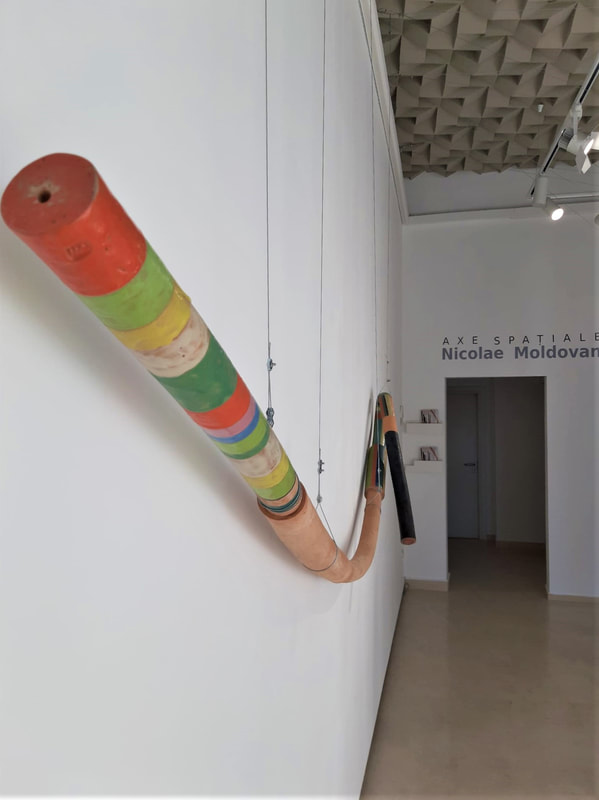 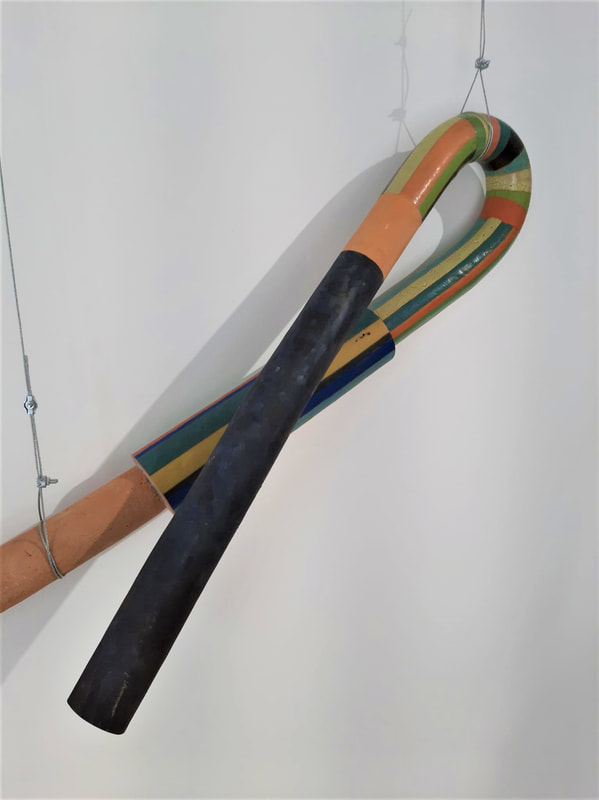 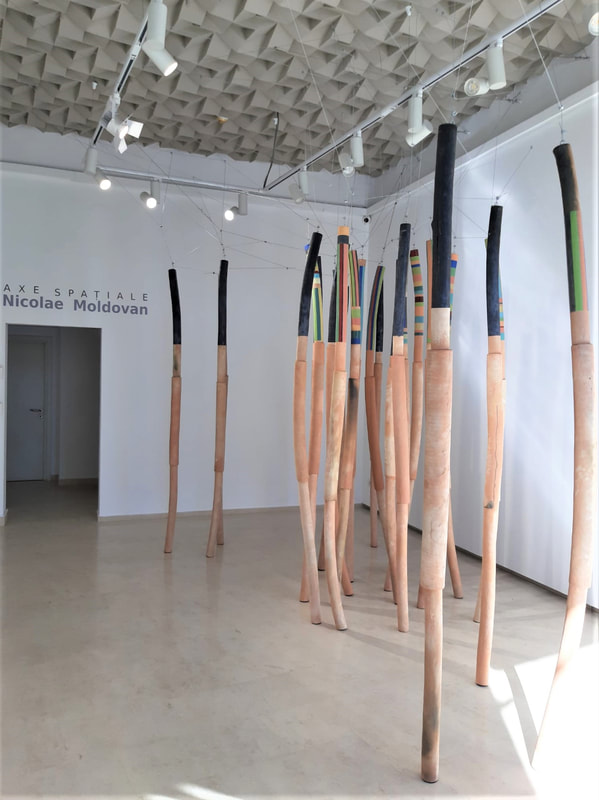 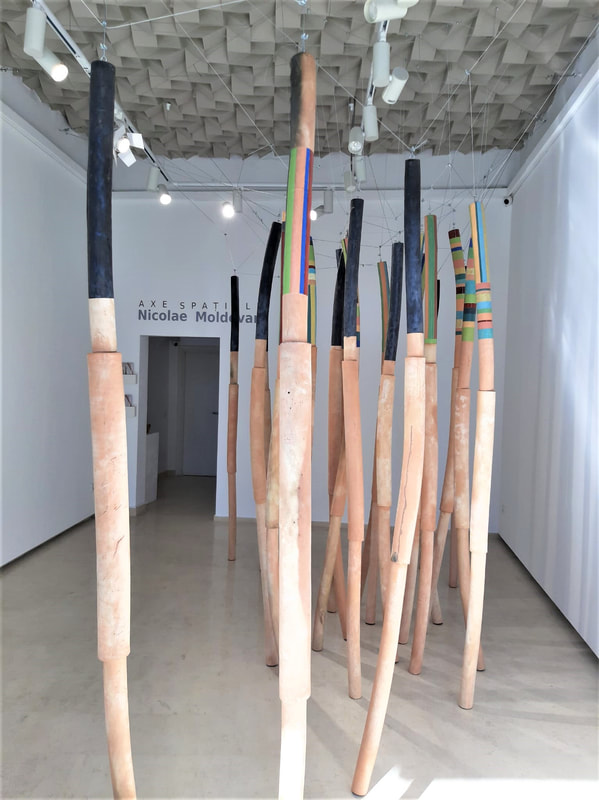 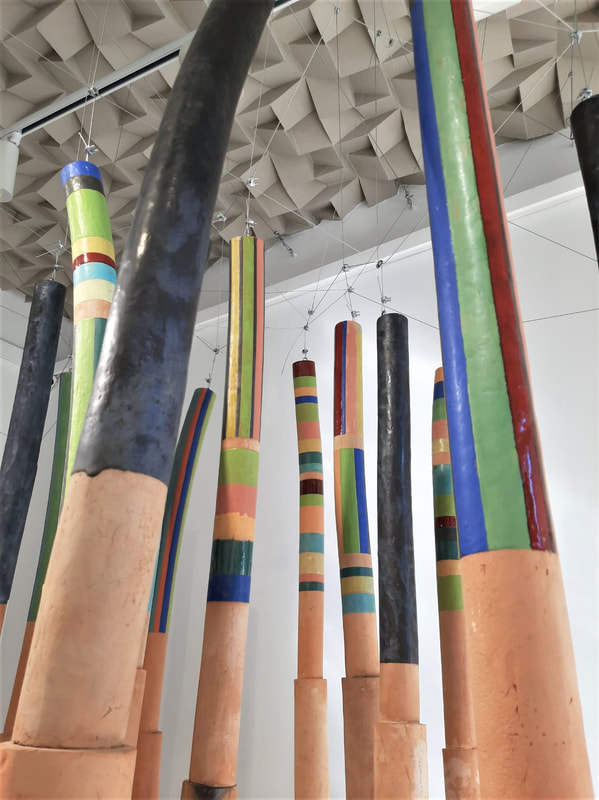 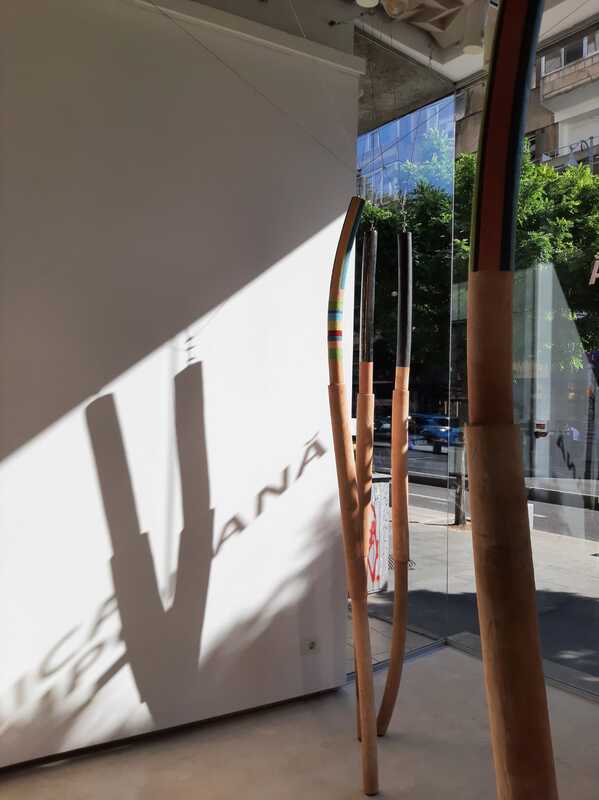 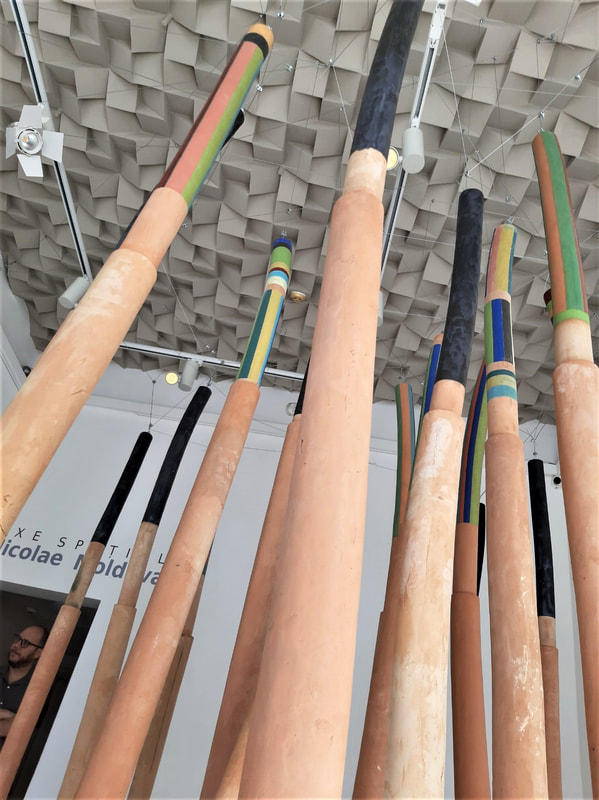 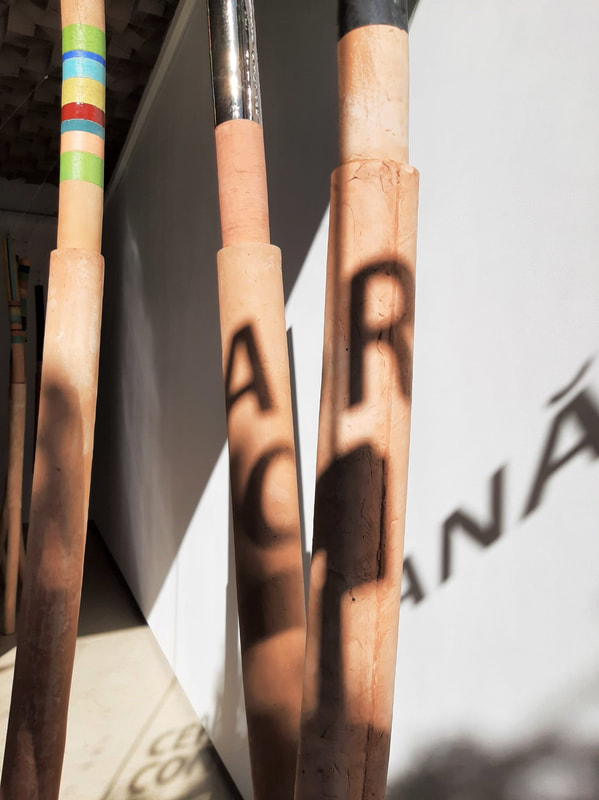 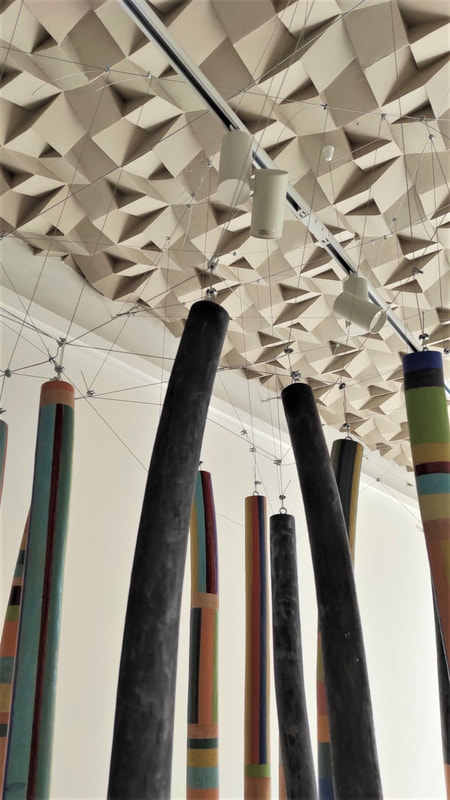 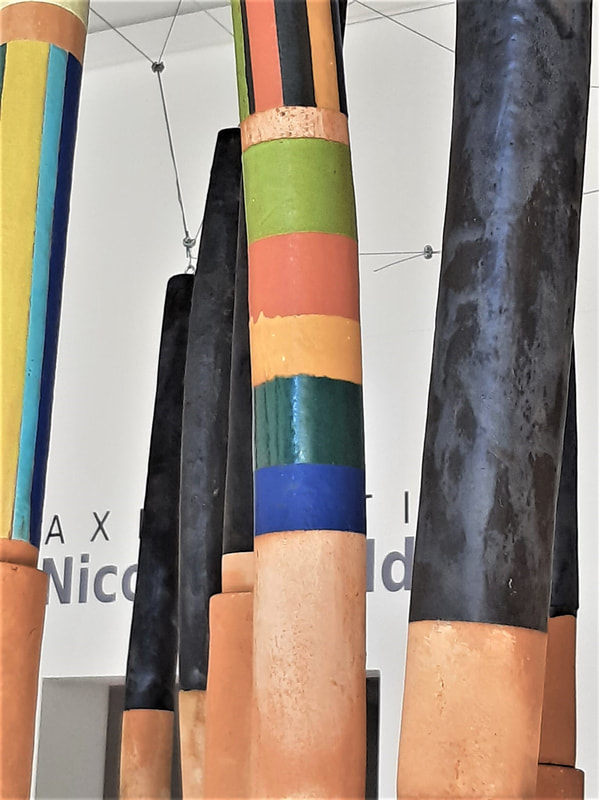 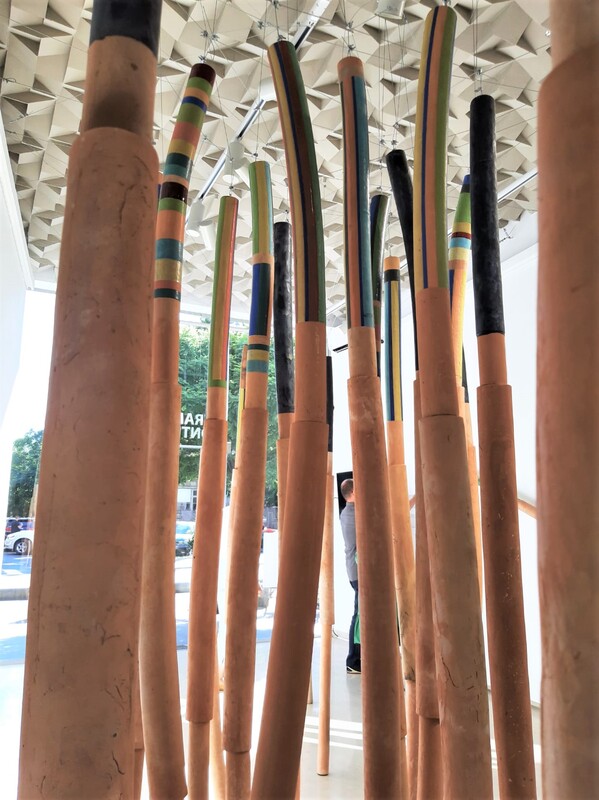 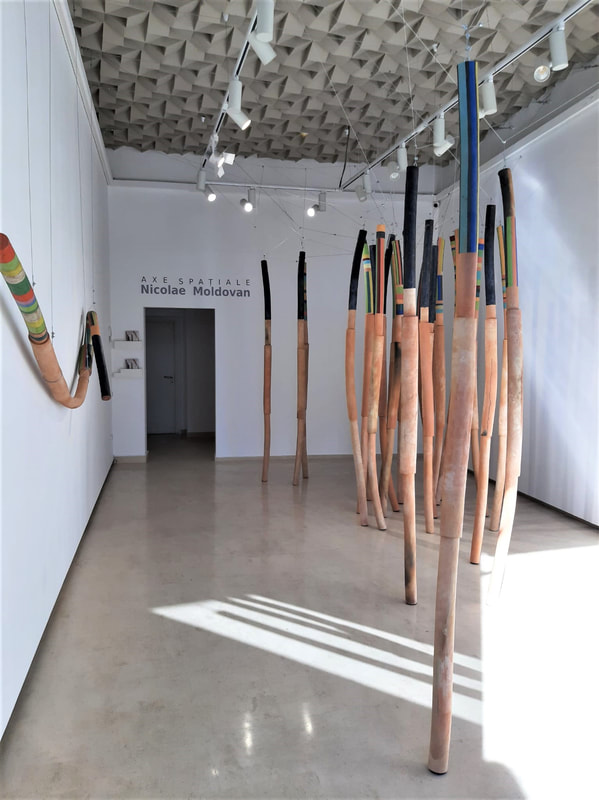 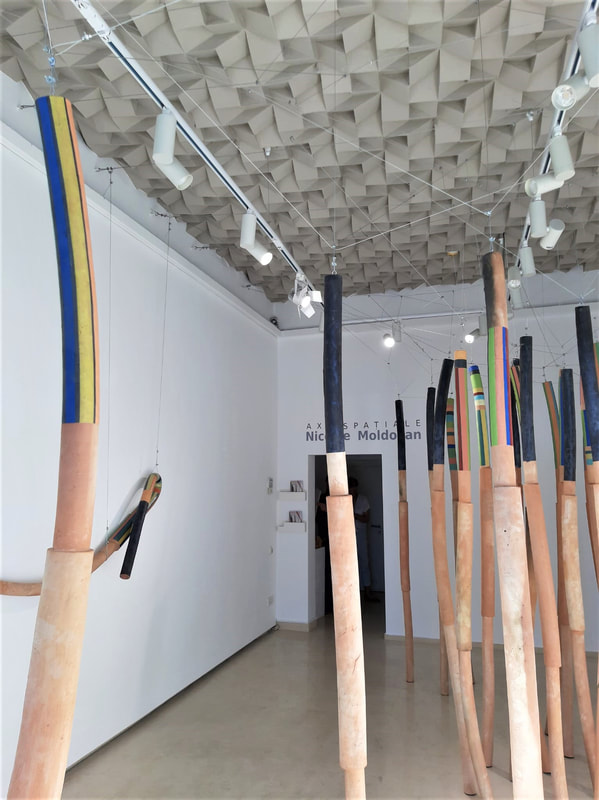 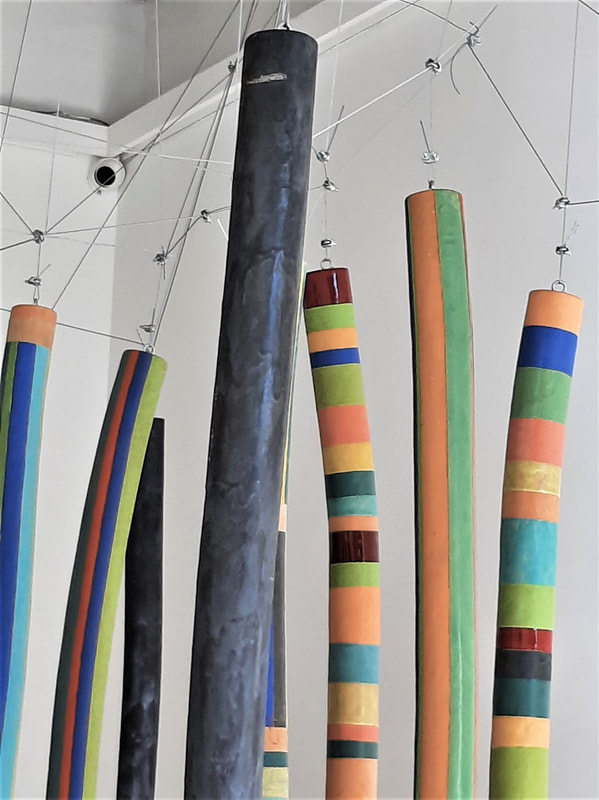 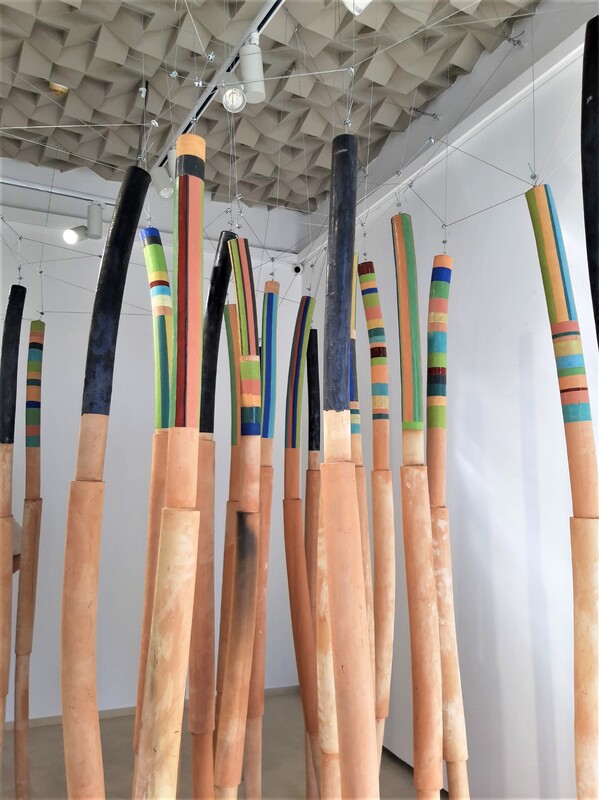