A LOT OF COLOR AND A BIT OF GEOMETRY

Ana Fleșner, Carmen Ioniță, Elena Pîrvu, Matei Siminic, Andreiana Stanca and Ana Maria Stroie (students of the Ceramic – Glass – Metal Department at the National University of Arts in Bucharest), together with Cristina Bolborea (coordinator of this project) exhibit, in the period March 29 ‒April 22, 2020, coloured-earth pieces.
Starting from the basic geometric shapes (square, circle, triangle), yet aware of the fact that beauty has always been thought to be the fruit of a subtle match among mathematical relations, the here apprentices (quasi-sorcerers) demonstrate that ceramic, this old human occupation on the way of losing its meaning, is the most beautiful vocation in the world.
The square (enigmatic through its simplicity, one of the most frequently and universally approached geometric shape in the symbolic language), the circle (at first, an extended point with its perfect, immutable movement that neither begins nor ends) and the triangle (whose distinct structure we found in the mineral and vegetal world) are the starting points in ceramic constructions.
The clay in itself is used as a unique means of decoration by merely combining the coloured earths (with metallic oxides or pigments) in order to get an accidental or a deliberate incrustation. The resulting chromatic effects are due to the simple juxtaposition of the slabs, which are arranged, folded, pressed, cut and finally organized in a more or less precise composition. From the pure white and pastel pinks to black, dark browns or deep blues, the wide spectre of coloured and intarsia porcelain offers a multifarious gamut of plastic possibilities.
These techniques have a long tradition. We encounter them in Ancient Egypt, in old China, during the Roman period, in Mediaeval England (under the name of encaustic tiles), in 12th- and 13th-c. Korea (mishima), in Victorian England (agateware), in Italy (millefiori), as well as in Japan (nerikomi and neriage).
And, paraphrasing journalist William H. Grimes’ suggestion, namely, to go to Sant’Eustachio Coffee in Rome and drink there a good coffee, when you have an irrepressible desire to admire some good-quality ceramics… go to the Galateea Gallery and see there the exhibition A lot of Colour and a Bit of Geometry.
Cristina Bolborea
Click on the images for slideshow mode 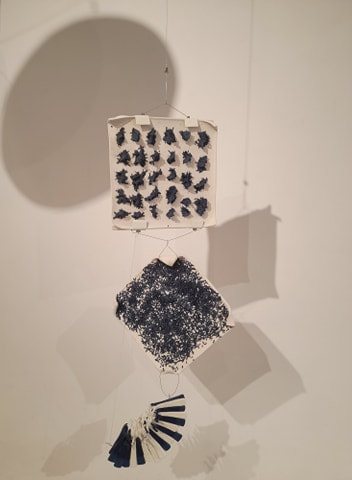 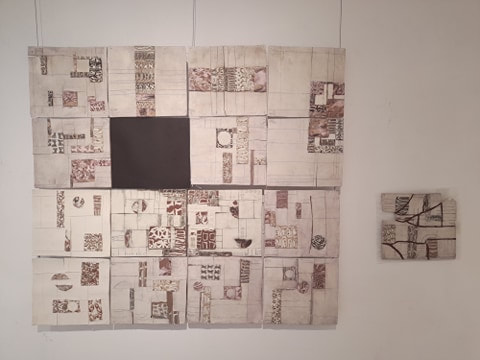 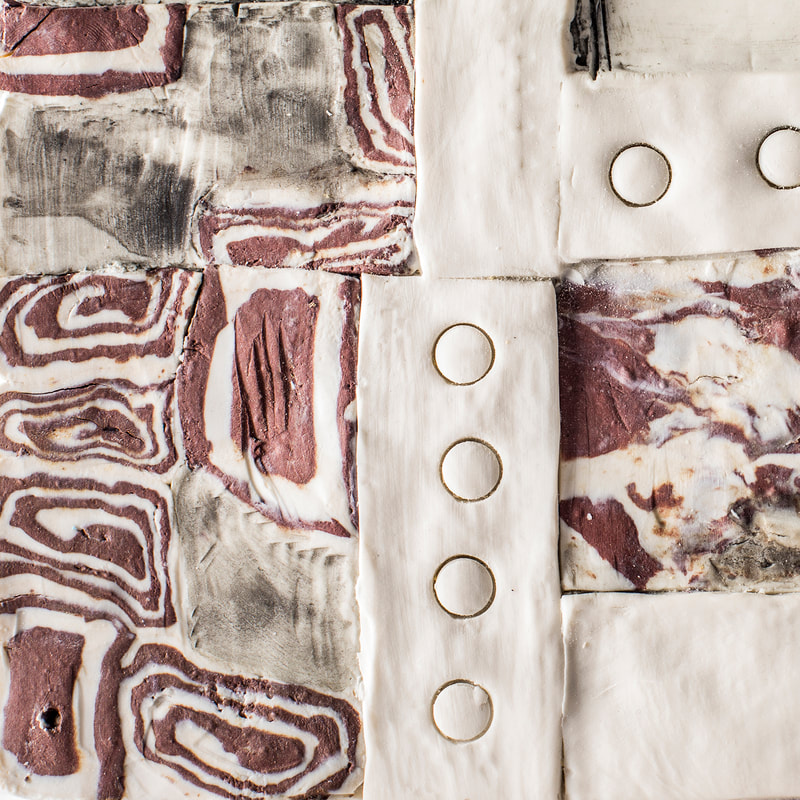 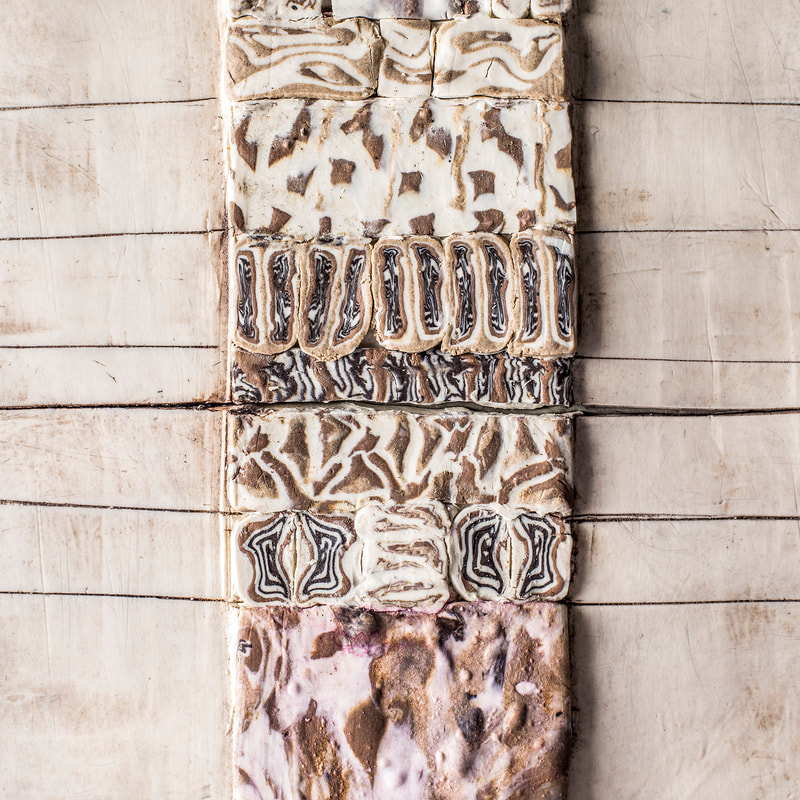 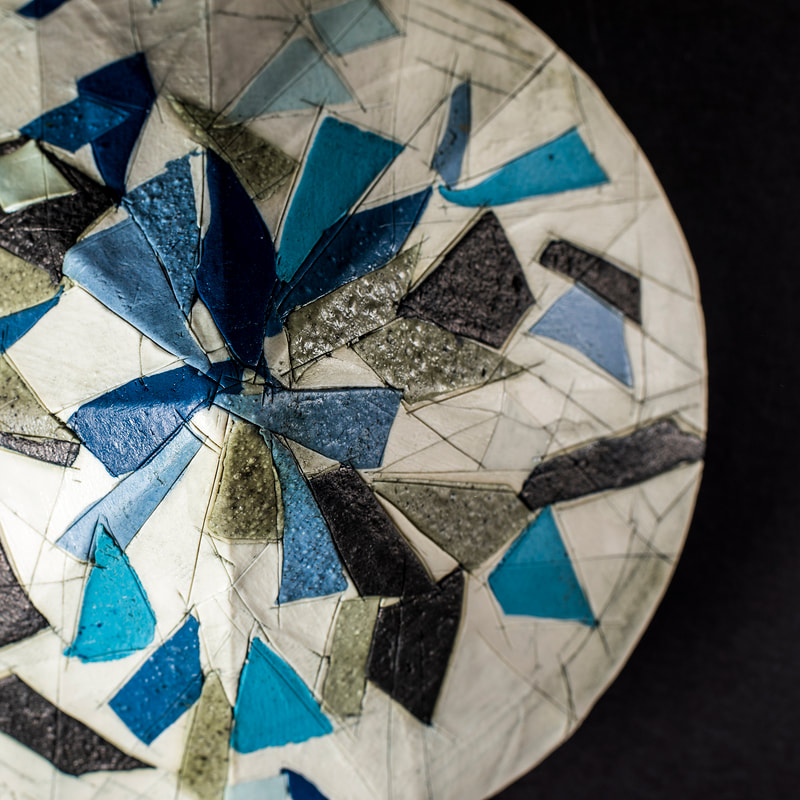 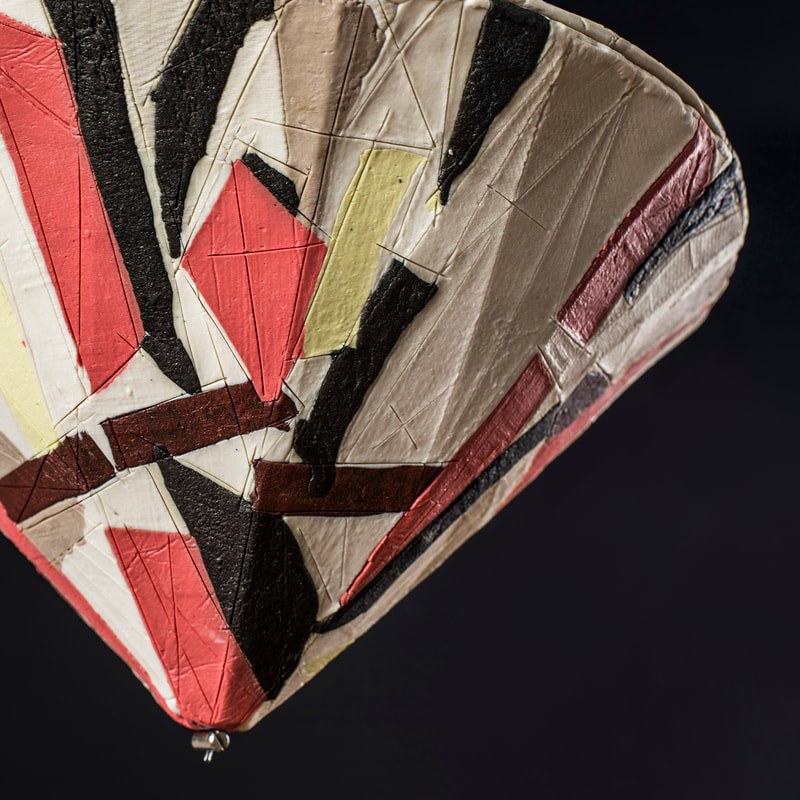 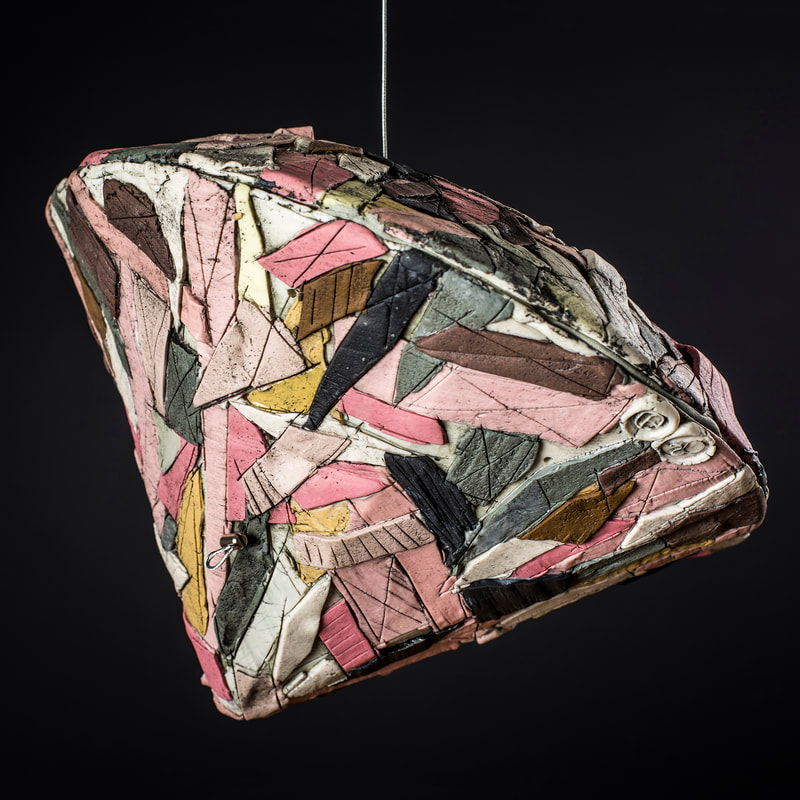 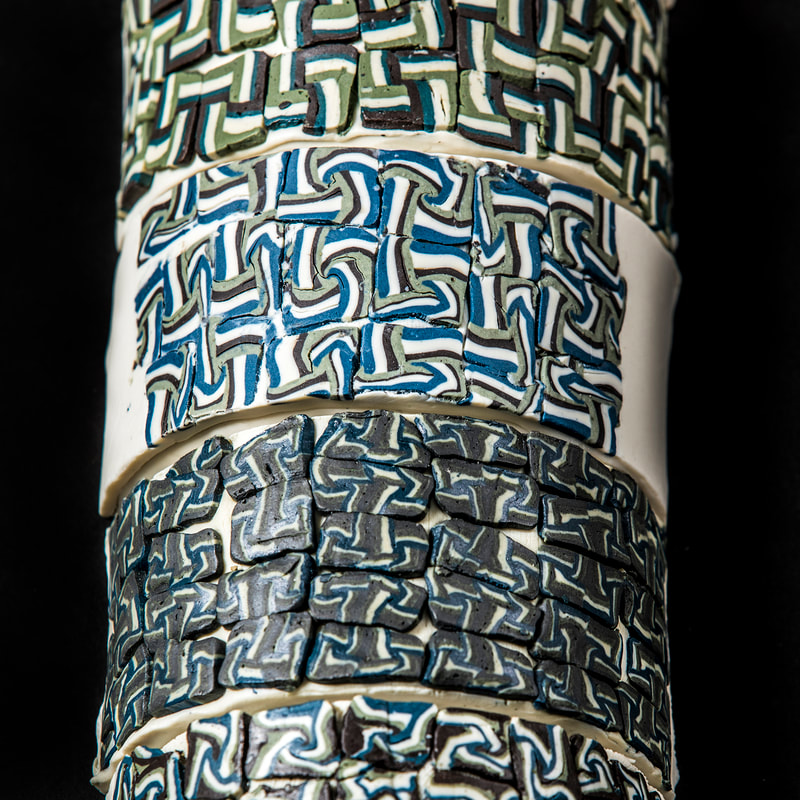 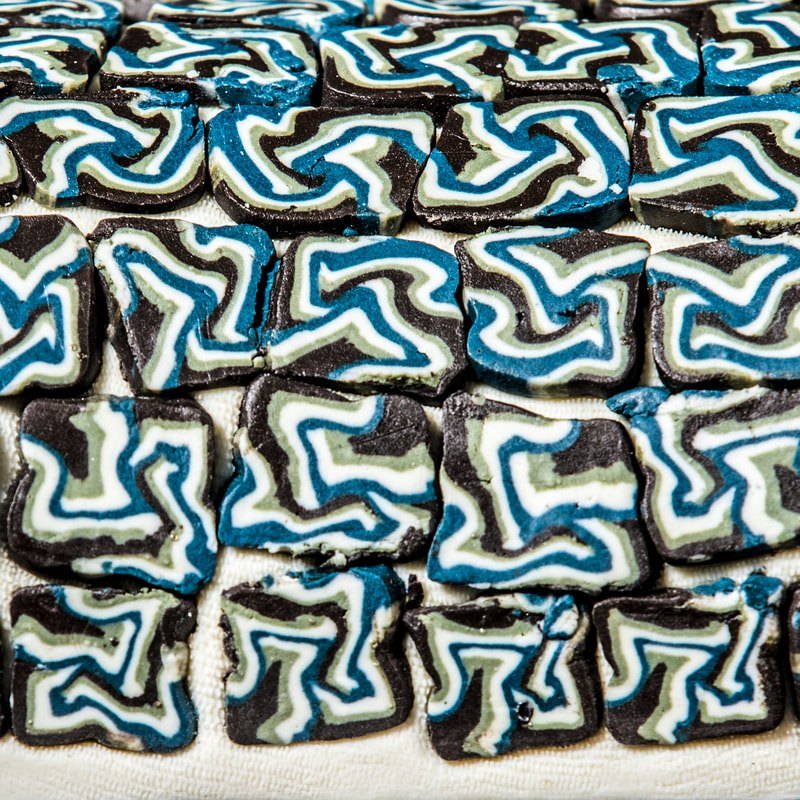 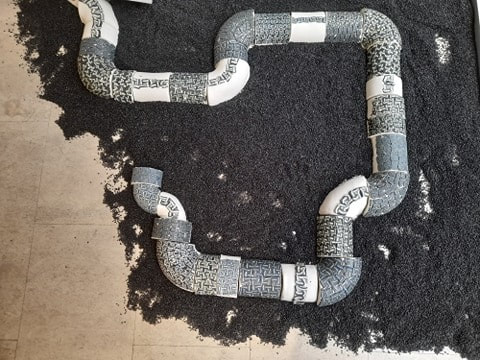 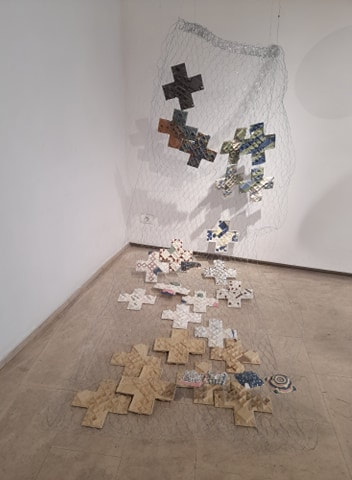 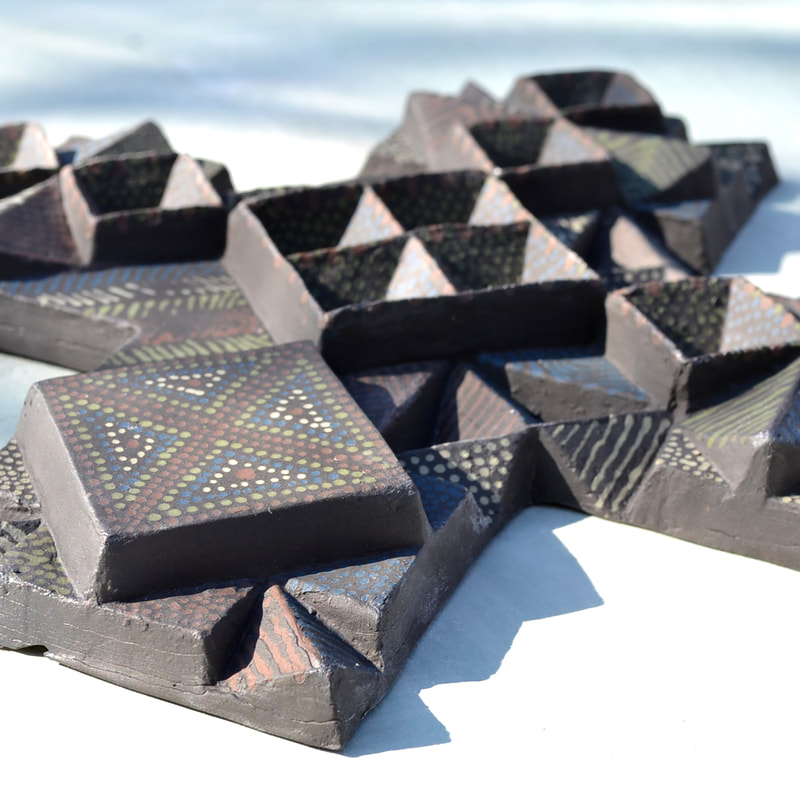 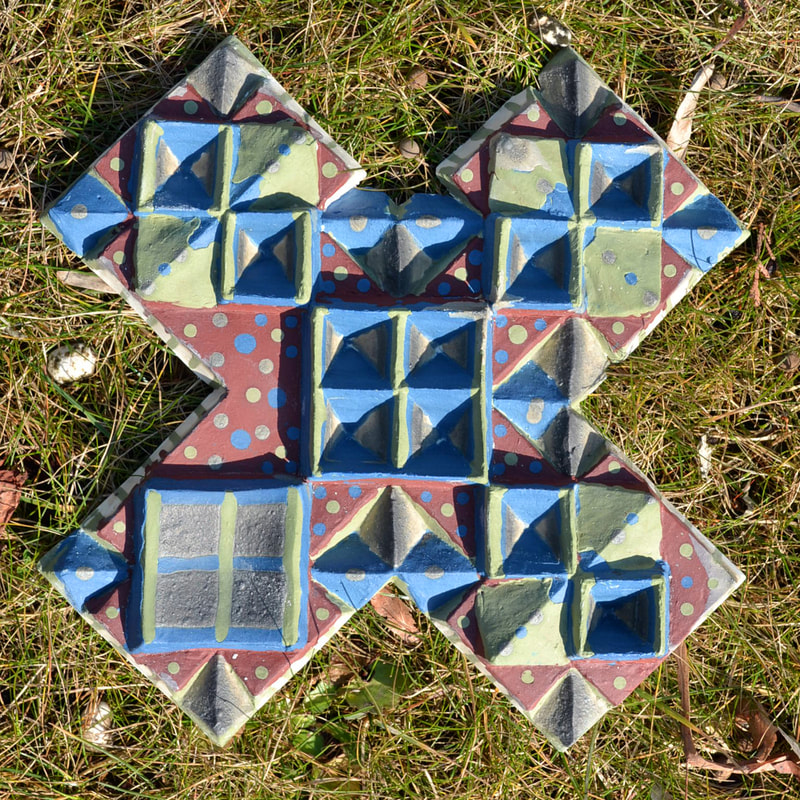 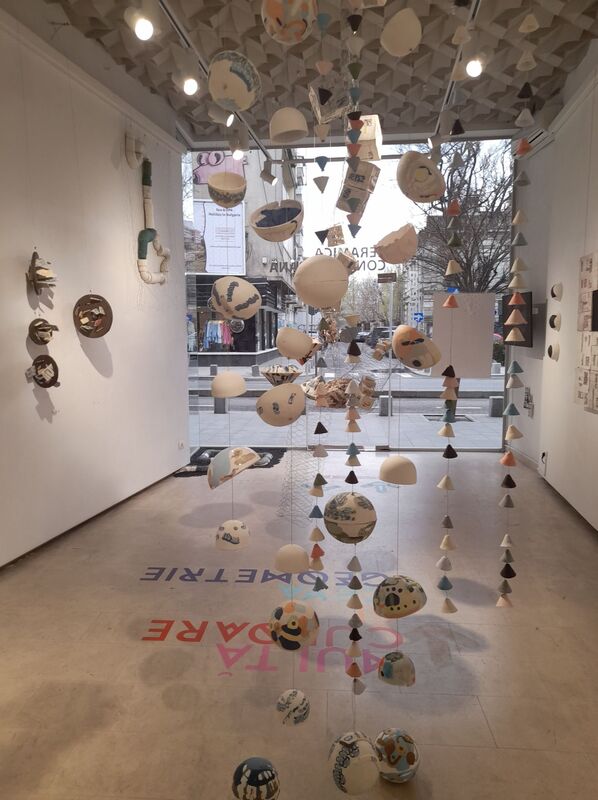 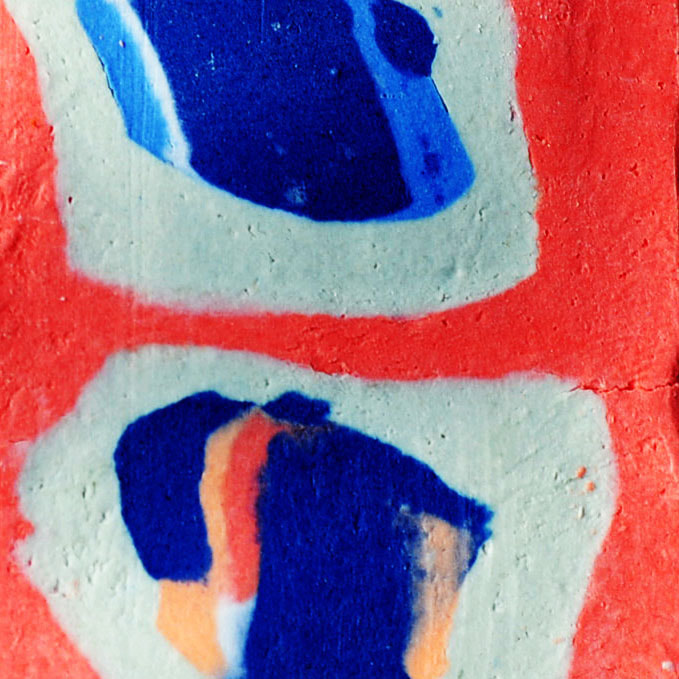 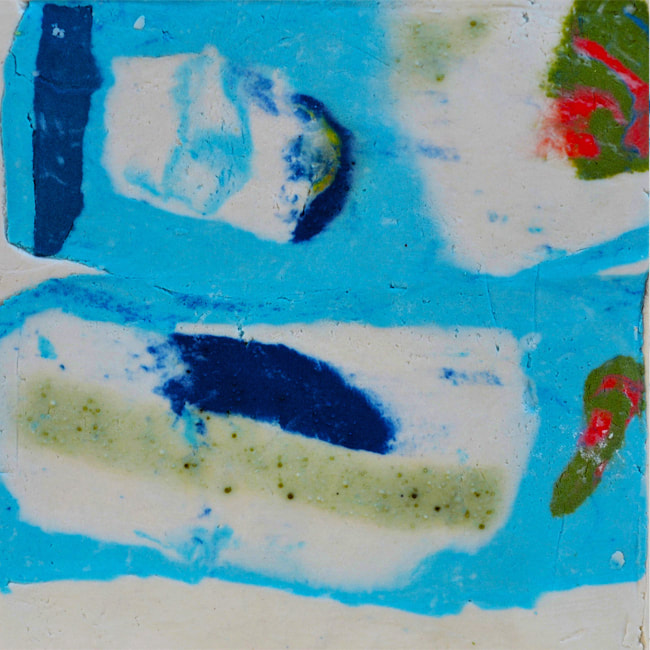 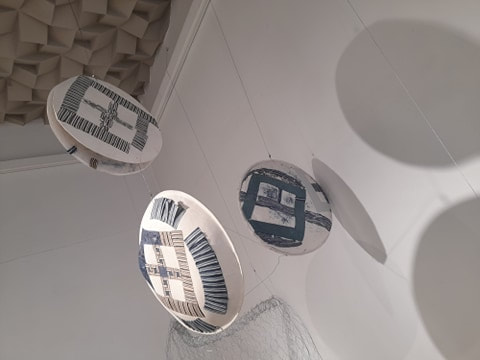 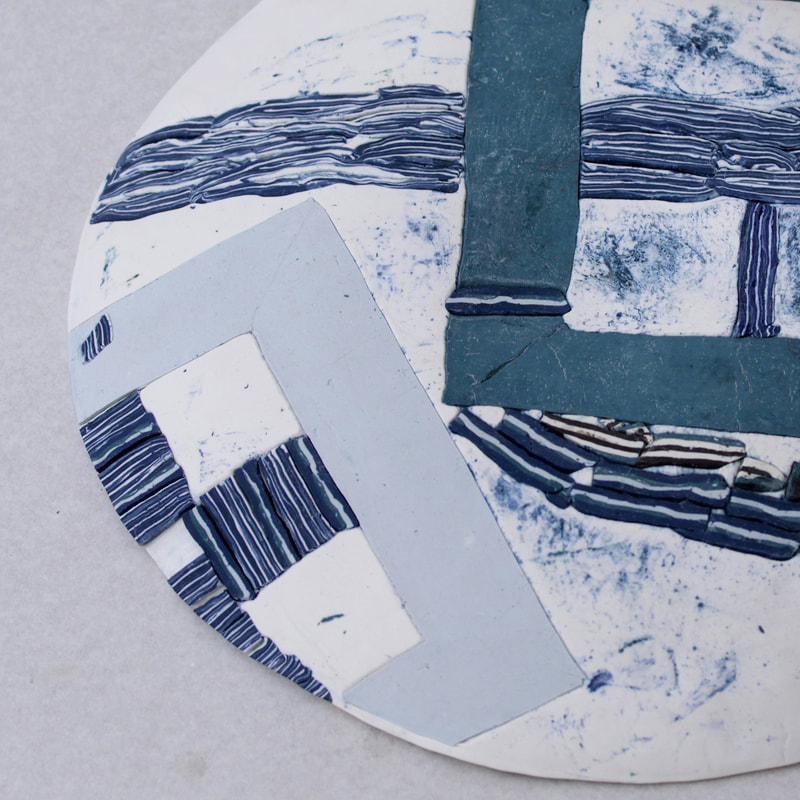 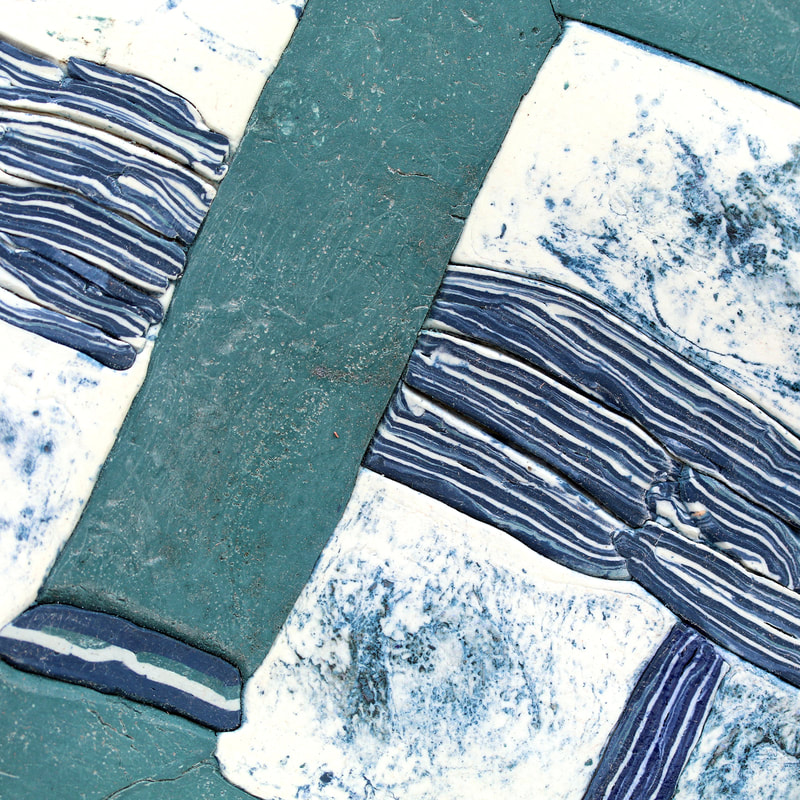 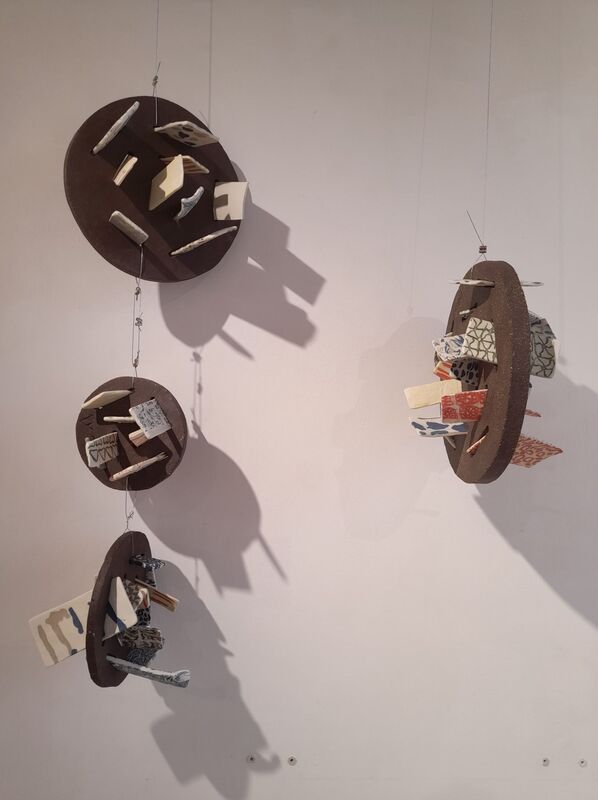 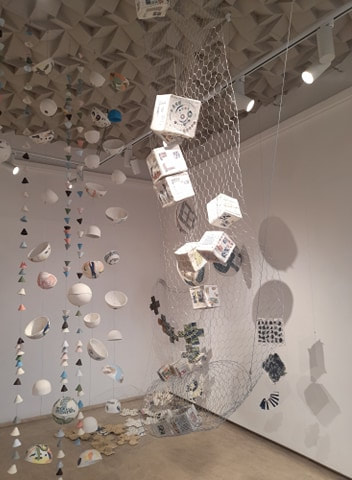 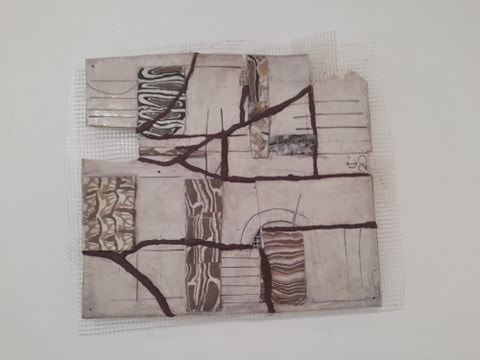 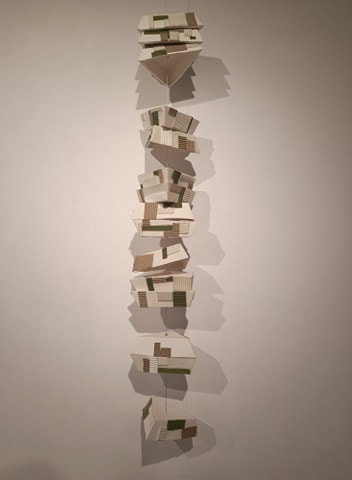 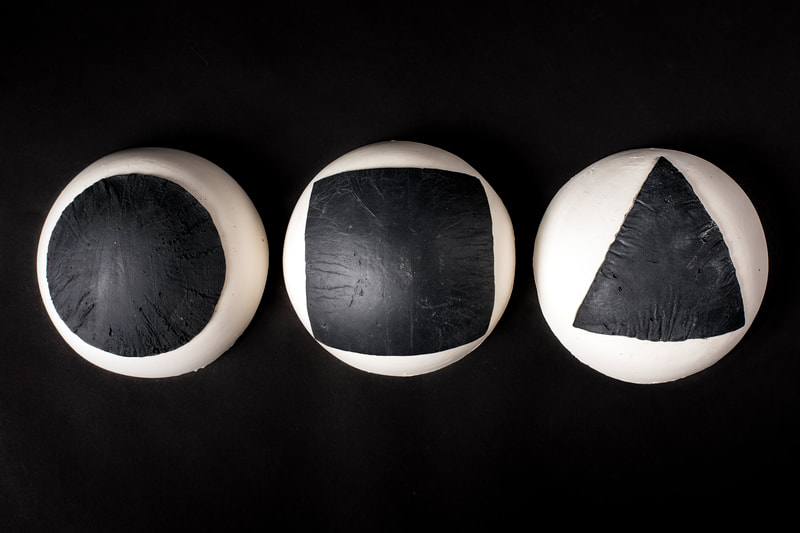 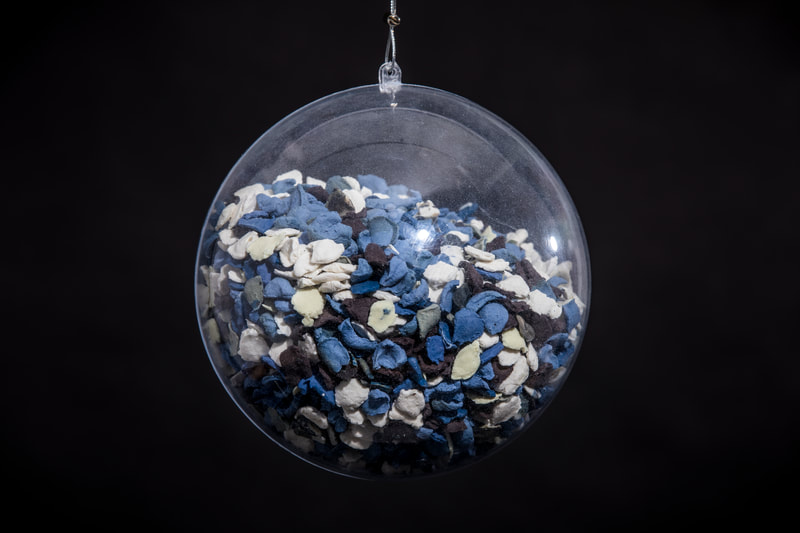 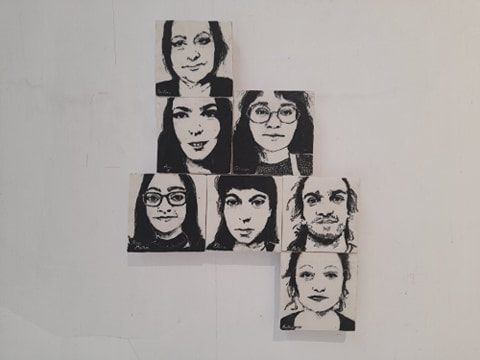